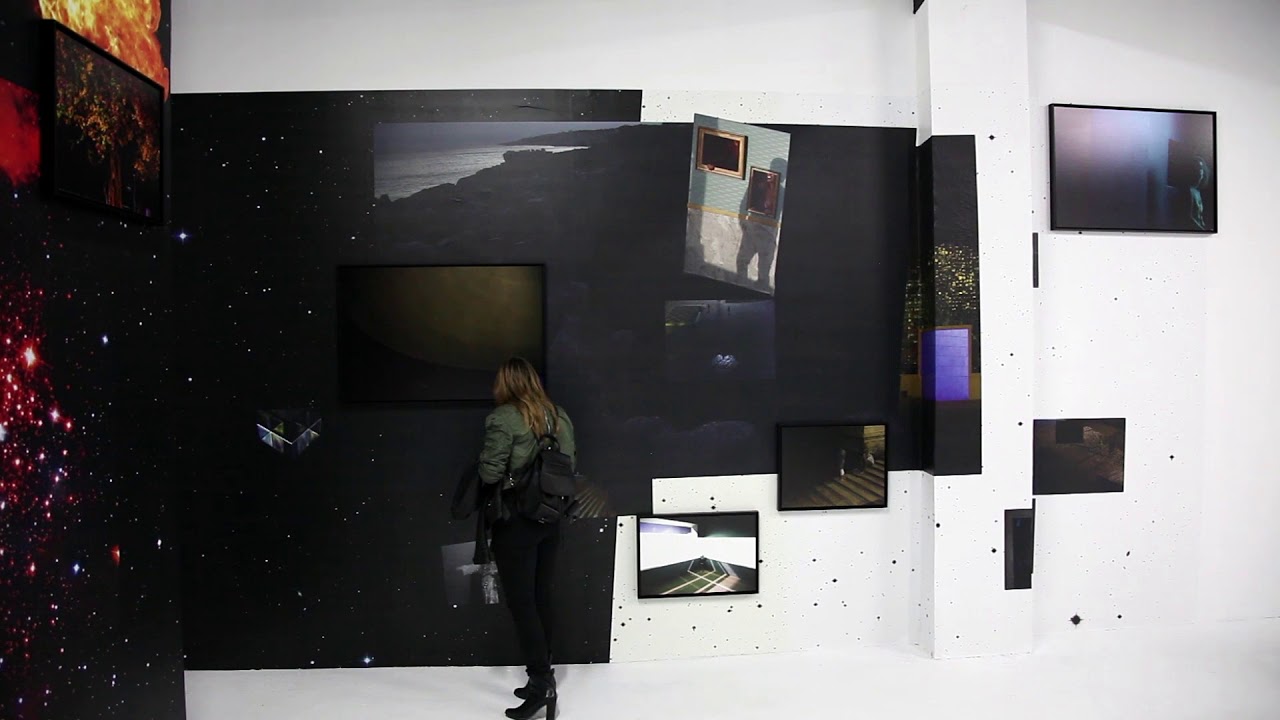 For the first time, I curated and organized an exhibition, showcasing work of my dear colleagues Krzysztof Brudlo, Nick Hannes, Miho Kajioka, Birte Kaufmann, Sarker Protick and myself. The work will be on display May 25th to July 31st, 2018 at Collectors / Marvila, Lisbon. Here’s my CURATOR’S STATEMENT:

HALF-A-DOZEN
Six international photographer’s view on Lisbon
In 2016, Barbado Gallery and Vintage Department established the ‘Half-A-Dozen’-residency for photographers. For two weeks in August 2016, six international photo artists came to Lisbon to create a new body of work. During this time, they lived together in a shared apartment and discussed their projects in between breaks. Two of them came from Asia (Japan, Bangladesh), and four from Europe (Belgium, Germany, Poland). Four of the photographers have their roots in street photography and documentary, two in art. They were two female and four male photographers. All of them loved Lisbon.
This is how they saw the city and its people.
In the exhibition we will not only take you through a tour of Lisbon, we will also invite you to a journey through contemporary forms of photography. Beginning with cutting edge street photography you will enter immersive installations and finish with moving image and sound.
Boris Eldagsen

And here’s how it looked like, accompanied by the artist’ statements:

On the surface the city is hectic, busy and frantic. The locals and strangers alike commuting from A to B, from one city landmark to another. Still image offers a break here, a pause and maybe even disruption. It shows equally present moments of wonder, suspension, and ambiguity, the moments most likely not seen without the aid of the camera. Awareness of these minuscule instants drives this series.

BORIS ELDAGSEN
THE CHAMBER OF REFLECTION

The Anteroom is a small darkened chamber; used for spiritual initiation by many traditions ranging from Egyptian, Persian, Mayan and Greek religions to Freemasonry and Voodoo.
It resembles a sepulchral cave, furnished with symbols of death and destruction. The candidate is locked inside to meditate on life and death and to confront their own fears and demons. Descending below the earth, one undergoes a symbolical death, by “looking within oneself for the truth” before resurfacing clear and purified.
This work was inspired by the Initiation Well of ‘Quinta da Regaleira’ at the World Heritage Site of Sintra, Portugal and shot in and around Lisbon. CHECK OUT MORE ABOUT MY WORK HERE.

Whether it was the Tagus river or the Atlantic, the water attracted me continuously yet unknowingly. I took the ferry to the faded community of Barreiro, a post-industrial suburb that once housed one of Portugal’s biggest metallurgic concerns. Following the Atlantic coast to the west, defensive fortresses from a more distant past guided me along the crowded beaches of Oeiras, Carcavelos and Estoril. This exhibition brings together photographs I made while roaming around near and in Lisbon. No roadmap, just curiosity.

I had been thinking about doing something to do with Portugal and Japan relationship, and I found about Wenceslau José de Sousa de Moraes; a diplomat who fell in love with a Japanese woman and decided to stay in Japan even after her death.
While I was reading more about them, I found the feeling which I think close to something you call ’SAUDADE’. I know the word is so unique for Portuguese that there are no exact interpretation in other languages. So I tried to interpret the feeling visually, in my way. Yes, IN MY WAY. I don’t dare to say that I fully understand the word and I can show it visually. I think I can see the vague figure of the feeling; ’SAUDADE’ as something similar to what we have in Japan, however they are surely not quite the same.

Birte was always interested in the life of outsiders. She got known for her intimate portraits of Irish gypsies or an Albanian family, hiding in the mountains, in fear of blood vengeance. For Half-a-Dozen she visited ‘Cova da Moura’ an immigrant’s quarter in the outskirts of Lisbon. There she was spending days and nights with the locals to show that there is more to discover than stereotypes.

The photo-sequence follows a brief journey of Bernardo Soares who has returned to present-day Lisbon after decades. Bernardo roams through the city isolated, in attempt to find familiar spaces where he once belonged. The series takes its inspiration from one of the most famous alter-ego of Fernando Pessoa, Barnardo Soares and his book – ‘The Book of Disquiet’.

AI (5) ai-generated (6) Arles (12) ARTE (7) Australia (6) Award (6) Bangladesh (4) Berlin (32) Biennale (3) BORIS+NATASCHA (15) Cologne (3) Darmstadt (3) Dhaka (4) festival miden (6) FORMAT (3) France (19) Frankfurt (5) Germany (58) Greece (6) Hamburg (5) India (5) Interview (5) Italy (9) Kalamata (4) KI (5) London (5) Luisa Catucci Gallery (4) Meditations (4) Melbourne (3) Moscow (4) New York (4) Oracle (9) Paris (10) Portugal (4) Sabine Taeubner (11) Sandra Hüller (5) Slideluck (3) SPAM the musical (22) SUPERHIGH (9) Timisoara (3) UK (12) USA (7) Video (4) VKunst (3) Voies Off (6)
Privacy Settings
We use cookies to enhance your experience while using our website. If you are using our Services via a browser you can restrict, block or remove cookies through your web browser settings. We also use content and scripts from third parties that may use tracking technologies. You can selectively provide your consent below to allow such third party embeds. For complete information about the cookies we use, data we collect and how we process them, please check our Privacy Policy
Youtube
Consent to display content from Youtube
Vimeo
Consent to display content from Vimeo
Google Maps
Consent to display content from Google
Save
Manage Cookie Consent
I use cookies to optimize my website and services. For my policies, please visit
Manage options Manage services Manage vendors Read more about these purposes
View Preferences
{title} {title} {title}