THE SCHOOL OF COMMUNICATION

THE MESSAGE is a one-(wo)man-show for renowned German actress Sandra Hüller, who won multiple awards at international film festivals for her roles in the movies Requiem (2006) and Toni Erdmann (2016). Her performance is based on variations of one and the same action: A woman in a white night dress is coming to the window, scribbling a message on a piece of paper. After she is finished, she turns it around and presses it against the glass: that page is empty. In short successions Sandra Hueller adopts the role of a range of female characters in disparate situations. Starting with a child’s play, she will develop into a woman writing a love letter, to a hostage crying out for help and a desolated victim of war. THE MESSAGE questions what we think to know about communication and puts emphasis on the power of intuition. 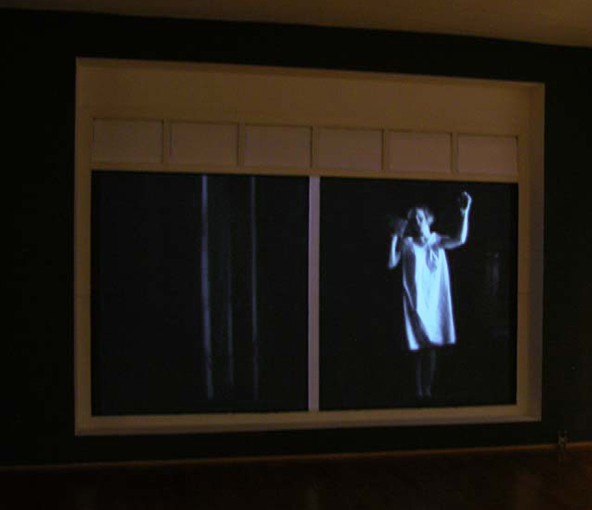 This silent video work is to be played on a display window.