‘What we encounter in the work is someone looking back at us, with the kind of gaze that meets you in the mirror, and you’re not quite sure if you are looking at yourself or a stranger…the feeling of throwing yourself into the pool, of sudden cold rushing past your skin, the water entering your mouth, ears, nose, your senses.’
Wim Melis & Hester Keijser, on their selection of artists for Pulse / Noorderlicht Festival  / NL

‘Instead of presenting us with a chronological, rational or even narrative structure Boris seeks to send us a tidal wave of emotion and psychological grip. The work, which he describes as poetry, operates as such. I would describe it as a guttural expression of the inner workings of his subconscious mind. He may or may not explain it. The point is that he doesn’t need to – that’s what the work is for.’
Sharon Boothroyd, Photoparley / UK

“It almost feels like you are entering a David Lynch film set as you flick through the photographs of How To Disappear Completely by the German Boris Eldagsen. How To Disappear Completely is a meta-series of single images that we can combine in various shapes and sizes. If you put the single images together, it will show a picture story that overall has a mythical and futuristic load.”
GUP magazine / Netherlands

‘Boris Eldagsen’s throbbing night-world imagery is like the ambrosia and nectar of the aesthetic gods. He captures archetypical iconography, a tiny bit blurred, to highlight what’s lurking just past the foreground to hone in on the psychological and philosophical meanings vibrating behind the forms. Likened perhaps at first to 3-d holographic tarot cards, the imagery is really about the imagery behind the imagery, kind of like a memory that is deeply situated way in the back of our subconscious minds.’
Fridey Mickel, taz / Germany

‚When we look at a picture like this, how far are our responses verbal, how far visual, how far emotional and how far unclassiﬁable or impossible to analyse? Can the form of a poem be appropriated for a photograph? This picture demonstrates, I think, that it can.‘
Roger Hicks, ‬Amateur Photographer Magazine / UK

‘Greenaway and Buñuel come to my mind. When people play with symbolism, it is often shallow, but there is so much depth here. I have never seen anything like this before!’
Christophe Laloi, Artistic Director, Voies Off Arles / France

‘What I am looking at is very non-standard in the world of photography (…) it is very much like a rêverie, or like a dream. (…) Because it is a dream, I want to revisit it, I want to live with it for a while, I want to think about it for a while. And I am having a kind of pleasant journey with this dream, but I don’t know – it might turn into a nightmare. I might wake up and be very happy to forget this dream. Or I might find that tomorrow I have this dream in my mind.’
Linda Benedict-Jones, Curator, Carnegie Museum of Art, Pittsburgh / USA

‘When I first encountered Boris’ work, I felt captivated and a bit disoriented at first. Then I realised that I needed to abandon all preconceptions and look further than what my eyes allowed me to see. His photographs felt as windows to my inner reality … They take you to limbo, an in-between dimension where you can’t distinguish between real and fictional, foreground and background, clear and blurry … Boris’ Poems gently made me realise that it’s darkness that really allows us to be free, to imagine, to see the unseen. Sometimes even to have enlightenments. Light becomes, in his pictures, an incredible means of showing and hiding at the same time.’
Anna Martini, Art Connect Berlin /Germany

‘Through his photographs , Boris Eldagsen thwarts our senses and perceptions to bring us to a deeper reflection on the invisible (…)  It is at the door of the divine, of the absolute.’
Agathe Torres, JBT, Paris / France

‘These deep and attractive works use all the facilities of painting, theatre, and of cinema.’
Evgeny Berezner, Director, ROSIZO State Centre for Museums / Ministry of Culture, Moscow / Russia

‘Boris Eldagsen creates a number of breathtakingly visual works, both photo and video – and each one is a small masterpiece, which can hardly just disappear.’
Elena Rumyantseva, Head of Programs, Museum of Screen Culture / MediaArtLab, Moscow / Russia

‘The dark space between two stars, out of reach, is exactly the place of our unconscious where Boris Eldagsen invites us for a walk, with full awareness of sensory and conceptual illusion of what we call reality.’
Carine Dolek, Galerie Le Petit Espace & Circulations Festival, Paris / France

‘I like the way he uses light. The light which allows us to see, also makes us blind and the excess of light creates invisibility, so there is a tension between the image and the observer. The majority of the images are very mysterious. This allows one to create several stories around them. The project is rich in ideas.’
Rui Prata, Director, Museu da Imagem Braga / Portugal

‘It’s like a dark world, where you have beams of light. Light can have mellowness, some sort of comfort. But the strongest of those otherworldly images fight against that feeling of light.’
Wendy Watriss, Artistic Director, FotoFest Houston / USA

‘These cinematic images capture an ‘in-between moment’ (l’attente) where something is about to happen but you don’t know yet. They force the viewer to come back to their own memory and ask why am I touched by this?’
Xavier Canonne, Director, Musée de la Photographie Charleroi / Belgium

‘There is a contemporary Vermeer-like mystery in the images, very strong, very original. Eldagsen looks for the light, but there is more than that. There are images like the Mona Lisa, that will last forever. If Vermeer were alive he would use photography. And I think he would be like this.’
Carlos Carvalho, Director, FestFotoPOA, Porto Alegre / Brazil

‘Boris Eldagsen works with tension and opposition … this gives way to something else transcending bloodlust or schadenfreude. I think its called empathy.’
Bec Dean, Curator, Performance Space Sydney

‘No doubt, Boris Eldagsen holds a singular position in the actual photo and art scene. Instead of following the usual visual strategies, he aims at the unconscious. Where others are afraid of the kitsch trap, he invites feelings.’
Photonews, Hamburg / Germany

‘Eldagsen (…) inspired with his photo series ‘THE POEMS’, which drew attention through play with light, staging and mysticism.’
Eikon, Vienna / Austria

‘More than a series, ‘THE POEMS’ by photographer Boris Eldagsen is a group of stand-alone, individual images, each one fascinating, poetic and evocative.’
Fotografia Magazine / Italy

‘A poetic and haunting meditation on the transience of life and memory that is as confronting as it is serene.’
artdaily / Australia 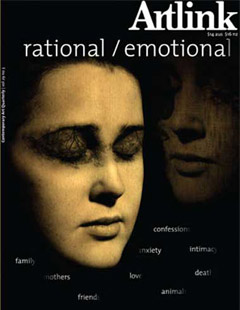