Спасибо! Was great being interviewed by Bleek Magazine, a Moscow-based online mag, devoted to art ‪#‎photography‬ and publishing in English and Russian! Check out what I have to say about philosophy, photo art trends and what ‘living 3D printed sex toys’ have to do with my work.

Boris Eldagsen: For me, Creativity works like an Iceberg 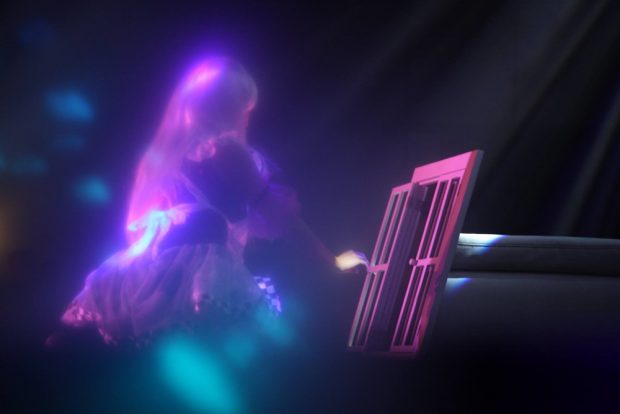 German photographer told Ksenia Gerasimenko that he is not engaged in the documentation of reality, calls his works “poems”, uses a 50 € camera, and promised us that soon many will follow in his footsteps.

Boris Eldagsen grew up in the South-West of Germany and studied photography, visual arts and philosophy at the Art Academy of Mainz ,the Academy of Fine Arts, Prague, at the Sarojini Naidu School of Arts & Communication Hyderabad, India, and at the Universities of Cologne and Mainz.

His photomedia work has been shown internationally in institutions and festivals including Fridericianum Kassel, Deichtorhallen Hamburg, CCP Melbourne, ACP Sydney, FORMAT Derby, Voies Off Arles, Media Forum Moscow and many others.

Bleek Magazine: When did you become interested in photography or art?

Boris Eldagsen: I am a bastard of places and cultures. I grew up in Southwest Germany where history has put layer upon layer – from Celtic ritual places, roman temples, medieval churches and castles, to the bunkers of WW1 and WW2. I studied in Cologne and Mainz (Germany), Prague (Czech Republic) and Hyderabad (India), lived in Melbourne (Australia) for eight years and travelled throughout Asia.

All this expanded my interest in researching the human condition. Philosophy led to that. Art promised answers too. I was 17 when I became interested in art. It still drives me now, over twenty-five years later. But it grew into an interest to explore the unconscious in its various expressions. Here I’ve found what I was looking for: a timeless connecting structure, upon which I can build my work. 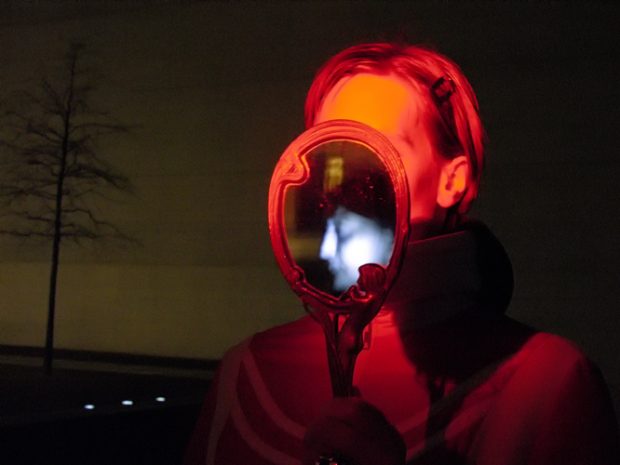 Bleek Magazine: Does your philosophical education influence your views on photography?

Boris Eldagsen: When I began to study art and philosophy in 1991, I hoped to find answers to eternal questions. Now that I’ve realised the impossibility of this, I concentrate on refining those questions and enjoying not having answers.

I love photography as a medium because of several reasons.

Firstly, because of its entanglement with reality. Initially people use photography to show ‘reality’, the ‘truth’. But what is reality, what is ‘the’ truth? From a philosophical perspective, there are over a dozen theories on this, each one based on an invalidated assumption. If there is no absolute truth, how can a machine such as the camera fix it? It can’t. But it deceives us.

The second reason is that photography works with light.

The third reason is a paradoxical Zen koan that I have given to myself: can I show an internal psychological structure by using material that is in front of the camera? 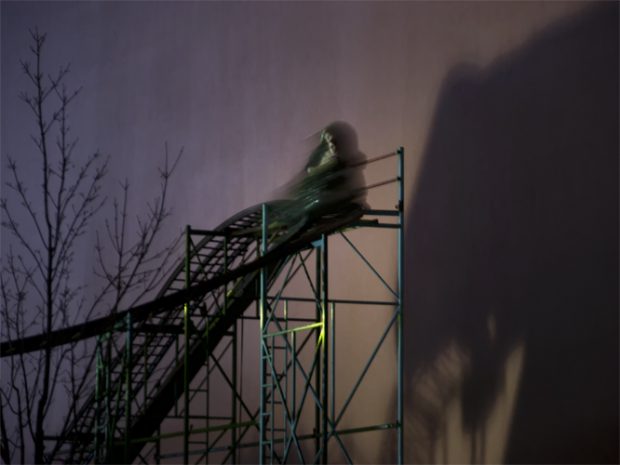 Bleek Magazine: Do you attribute your style to any artistic movement?

Boris Eldagsen: I feel myself connected with all historical movements that have dealt with the unconscious: from religious, mystic and magic practice to Romanticism, Symbolism, Surrealism and to C.G. Jung and beyond.

Bleek Magazine: What is the main source of inspiration for you? What is more important – inspiration or regular work?

Boris Eldagsen: Living sources of inspiration are Roger Ballen and Alejandro Jodorowsky. Peter Greenaway was also one. Music inspires me, other art forms such as painting, theatre, film. Anything can be a source of inspiration when you know what you are looking for.

For me, creativity works like an iceberg. There is the visible tip, which is rational and analytical, and a huge invisible underbelly, which is intuitive and emotional. My ideas rise from below. But during the artistic process you need to move between those both poles — otherwise you get stuck. Regularity is also very important, as this is the key to go deeper and improve your skills. 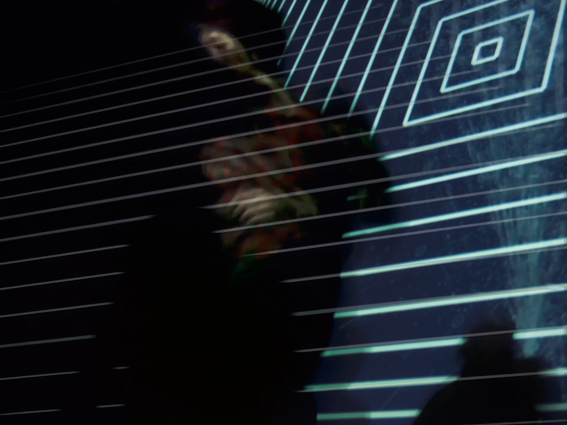 Bleek Magazine: What are your interests in life?

Boris Eldagsen: I do not have any hobbies in the actual meaning of the word. Everything that interests me can become incorporated in my art practice. Besides that, it is human experiments. Love, lust, revolutionary ideas. 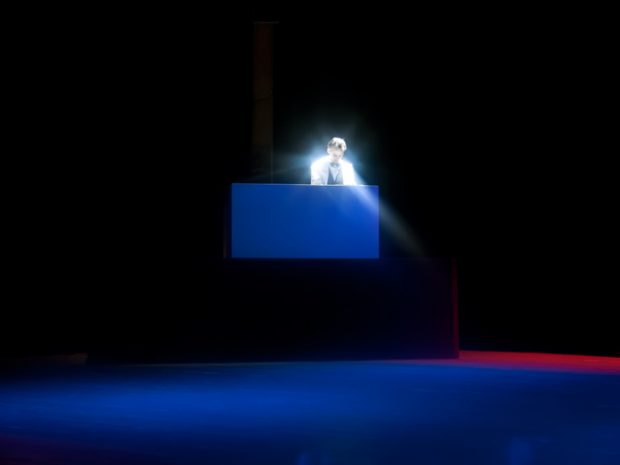 Bleek Magazine: The majority of modern photographers work with social topics, they try to tell stories, they create series with some fixed amount of work and then start to tell another story, but seemingly, this approach does not fit you. Why?

Boris Eldagsen: Photography is just a medium. I guess, what you are talking about, is what I call photo-photographers, rooted in documentary and journalistic approaches. Most of these photographers have a political or humanistic agenda and wish to do something good. They can create good works without being aware of themselves. They tell stories about others. They move around the tip of the iceberg and depict what they see in front of their lenses. Some of them do this because they are afraid of looking inside.

I would call myself an artist working with photography. And as such the journey goes inside. Roger Ballen called this “roll your eyeballs backwards and photograph what you see”. I call my images POEMS to show that they are not stories, but a creative use of the medium that requires that you enter the conversation with your own feelings and memories. A poem dives into the water, it is the underbelly of the iceberg and it uses words in creative ways to evoke feelings and memories. It is much more open than a story. You need to finish it with your mind, heart and soul. 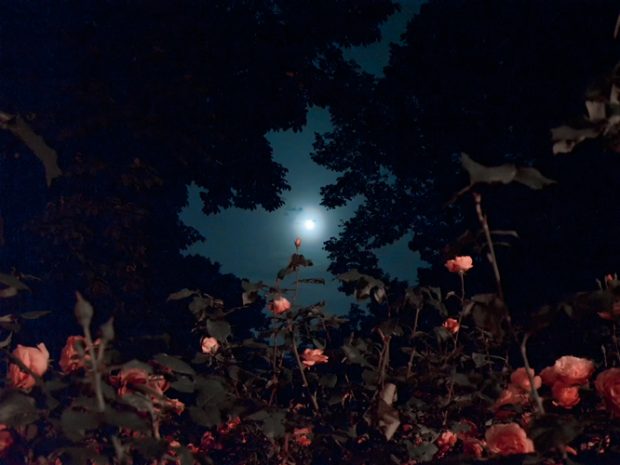 Bleek Magazine: Tell a little bit more about those “poems”. How your photos are united into series, how do you plan your exhibitions? Or tell in general about the concept of your art.

Boris Eldagsen: I hijack what others call reality. Technically half of my images are ‘street photography’, but it is not about showing what was happening at a particular time and place. If I can make all of this disappear to create a timeless image – a psychological archetype – then I have achieved my goal. I want to create images that have an impact on an emotional, unconscious level and cannot be translated into words.

THE POEMS is a meta-series of currently over 100 images that can be combined in endless possible ways – according to the subject of an exhibition. My site-specific installations feature photographs in 5 different sizes on large-scale wallpaper. The images are clustered, hung like groups of connected emotions and memories. The size variations force the viewer to change roles and distances: from being the giant looking at a tiny picture to being a midget walking through huge wallpaper. 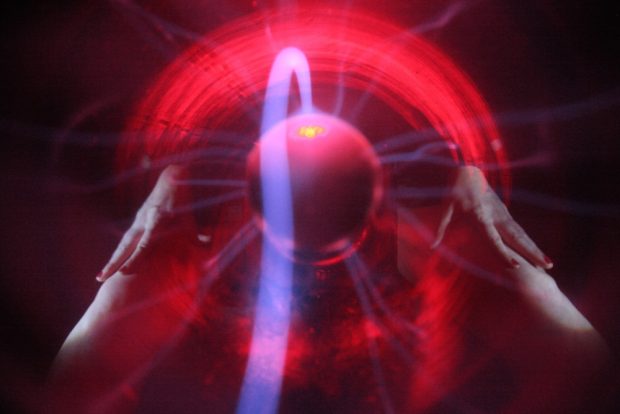 © Boris Eldagsen, «Origin of the World».

Bleek Magazine: Can you tell more about technical aspects of your work? Do you have a team? Who are those people? Tell about your collaborations.

Boris Eldagsen: I use a 10-year old Nikon Coolpix. Second hand, it costs 50 €. The camera is light, not in-your-face and I am so used to working with it that it has become an extension of myself. I build the images on location, in front of the camera, and nearly any camera could do the job. I work mostly alone but always welcome volunteer assistants.

My models are mainly friends or colleagues. I get the best from them by building trust and a relaxed atmosphere. Through a complex process, in which we map our unconscious minds, I find the intersections from where I start staging the images.

I love collaborating with other artists, because it opens up new ways of thinking and working. I have been doing it for 20 years now. The challenge is to identify the strengths and not the weaknesses of the involved artists. If you manage to create an artistic dance with the strengths, you can create an outcome that you will never be able to produce alone.

Bleek Magazine: Do you have a “dream project” which you would like to realize in the future? 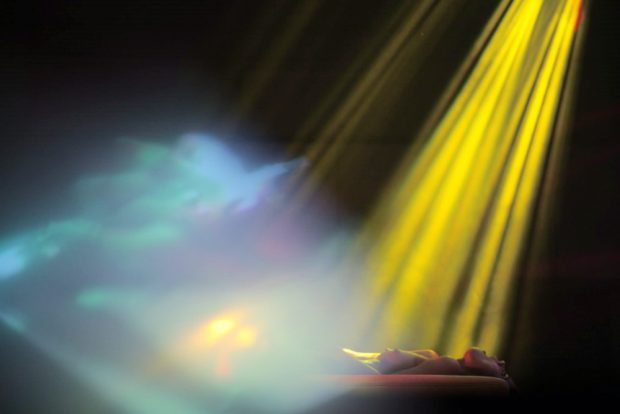 Bleek Magazine: Can you make a comment on the world of art photography? What are the trends, do you like them or dislike and why? How do you interact with the art market and institutions, do you enjoy it, do you play the rules or try to go your own way?

Boris Eldagsen: I started studying when the Düsseldorf School was at its peak. For over 12 years no one was interested in showing my photographic work. People laughed at my camera equipment and unprofessional lighting. But I was stubborn and I continued to explore what I wanted to. I produced over 10 series that nobody ever saw. All of this lead to what I do today. Suddenly people are calling me a “solitaire” – with a unique personal position and I receive fan mail requesting autographs.

Regarding the art market, I go my way – I am too old and experienced to make wrong compromises. Five years ago I was so frustrated about working with a Berlin gallery, so left alone and badly treated that I needed to pee at their front door to get over it. This was the end of making compromises. Now I am the director of my work, and I assure that the work has the strongest possible effect on the viewer. I can’t delegate this responsibility to another person. Nobody else can be in my head. It is director’s cut time.

Much of contemporary photography sticks to the surface or runs around a documentary or rational concept. But if you are not able to see what is inside, stop photographing the world outside. I want to feel the emotions, the guts, the artist’s demons. If a work is too rational, I can appreciate the concept, but I remain untouched. It still bores me to see typological work by followers of followers of the Becher School.

That said, I also feel that times are changing. Over the past three years I have visited many photography festivals and there is a fine bunch of photo artists between 27-40 years old, producing amazing work. I can see some trends: a return to black and white, back to symbolic work, journeys inside, new mixes of abstract and figurative. At this year’s Noorderlicht festival, the curators Wim Melis and Hester Keijser built two opposing shows: one with a rational conceptual approach (‘Data Rush’) and its counterpart ‘Pulse’, representing the intuitive, dark and emotional side. Being one of 15 ‘Pulse’ artists, it felt like this was the beginning of something. A symbol.